Evolution of the Correctional Tactical Officer 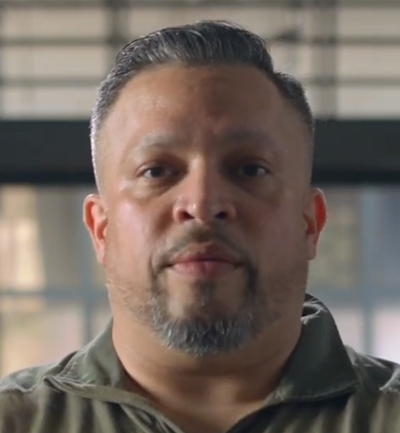 Contemporary issues such as Hostage Rescue and Active Shooter Concepts in a Correctional Setting are all subjects that in past years have been considered "taboo" for the Correctional Tactical Officer (CTO). Being able to bring complete solutions to the CTO who responds to these tactical operations that occur in the correctional facility is important.

Patrol officers, Tactical and SWAT teams all have taken steps to tackle these issues and continue to work toward gaining more knowledge and sharpening their skills in resolving these situations. Corrections is too far behind and desperately needs to catch up. With the support of a very well known sheriff, I have worked my way up from line officer/deputy in corrections to being in charge as an Assistant Team Leader and Team Leader in one of the nation’s only full time Special Response Teams. Having the support of a very proactive leadership gives us the ability to work hand in hand with our street tactical teams and at times with other local, state and federal tactical teams. Working with a population of almost 10 thousand inmates spread throughout 6 jails means that we have to be ready for anything that may happen within our walls.

Many of the misconceptions that corrections leadership have is the belief that should such high risk incident happen in a correctional setting, that the street SWAT team would come in to take care of it. Why? SWAT operators are experts in all their areas and practice hours and hours to perfect their skills. When have you seen a SWAT team spend hours and hours inside of a correctional institution doing entries, breaching the doors inside of a jail, or shooting through the glass from the pods or officer modules. I can count the teams that I know that have done this with one hand. After speaking with numerous SWAT commanders and team leaders their perception is "if they have a tactical team inside the jail, they should be able to handle it...we wouldn’t call them to come and take down a house for us...we want to go in and help out, not take it completely over." This says a lot! We need to train and plan for EVERY possible scenario inside our walls. As we all know, in some situations time is on our side but sometimes, it's not. For those times we need to be ready and have a plan, lives depend on it.

International terrorism, domestic terrorism, political and civil unrest, unhappy employees and those sympathetic to terrorist causes are all trends that the guys on the street are dealing with, but what happens after they are apprehended? Well, they end up in our jails and prisons where corrections officers are tasked with providing the three "C's"--Care, Custody and Control. We become responsible for them. When you get several of these individuals inside the security of a correctional facility many of them use this as their recruiting grounds and "school". Keeping this in mind it is imperative that the corrections tactical operations community evolves. The times for "marching, calling cadence" and running into a cell 5-man deep needs to take a back seat to new and improved tactics and the implementation of tools and technology.

I can't begin to describe how many officers and inmates have been severely injured during the implementation of these Neanderthal tactics. Do we have to go into a cell to perform an extraction from time to time, yes. Do we have to go in all the time…no! There is now technology and updated tactics that can do the job for you and reduce injuries to staff, operators and inmate alike. In the event of a high-risk incident such as an active shooter or a hostage situation within the compounds of the institution, a football style exoskeleton and a Plexiglas shield is not going to cut It!

Whether we want to admit it or not, times have changed. Crime is changing as well, not only do we have to deal with the average misdemeanor and felon we now have the radicalized and sympathetic criminal. We in corrections need to catch up to the times and step up our game and come up to the tactical level that we need to be at. Tactical training provided for corrections tactical operators by experienced corrections tactical operators and trainers is the key.

For centuries behind and outside the walls, the Roman Empire relied on the Centurions to keep the Garrisons safe and secure, even when transporting prisoners--in the 21st Century, we look to the Corrections Tactical Operator to do the same. Why? Because when lives are at stake it takes a well trained and disciplined Corrections Tactical Operator to make it safe for everyone. Be safe Everyone!

About the Author: Sidney Lopez is the CEO/ Chief Instructor of Tactics & Operations Group-US (TOG-US) LLC. He has over 20 years of experience in Corrections and Corrections Tactical Operations. Through the TOG-US he and his team provide quality tactical training for corrections tactical teams and operators, keeping the single operator in mind.

In Article Quote: "When lives are at stake it takes a well trained and disciplined Corrections Tactical Operator to make it safe for everyone."