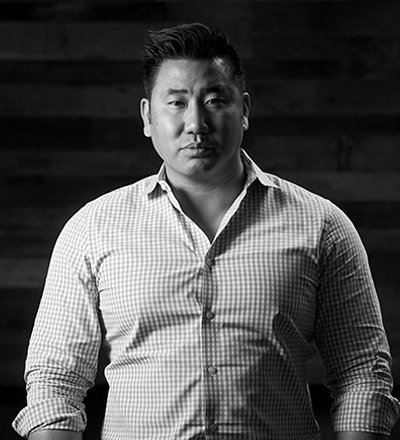 Most jails in the United States assign inmates to a specific housing unit and cell using their jail management system (JMS). This practice provides better security outcomes because it provides a predictable way for staff members to know where inmates should be permanently assigned.

One question that correctional officers will ask: does GUARDIAN RFID or our JMS manage cell assignments? Can either system manage this responsibility? The short answer: your jail management system should always be your source of truth for inmates’ permanent housing assignments. We’ll explain why.

What is a permanent housing assignment?

A permanent housing assignment, also known as a cell assignment or “permanent location,” is the inmate’s living space. No matter whether they’re going to the infirmary, recreation, or program like Life Skills, they’ll always return to their assigned housing unit. This is where inmates sleep and keep their limited personal items.

This is not to be confused with a temporary housing assignment or “temporary location,” which is a destination an inmate spends limited time in. For example, an inmate may go to medical or religious service. They may be inmate workers, and assigned to the kitchen three times a day. They could spend minutes or hours at this temporary location, but will return to their housing unit.

So why should the JMS govern all permanent housing assignments?

An inmate’s permanent housing assignment changes frequently, usually with no notice to an inmate, and always for security reasons. Given the high importance of housing assignments and how frequently they change, it’s best for staff to use one system to manage all cell assignments rather than two. It’s like having two employees responsible for one department. If more than one person is ultimately accountable, then really no one is accountable.

Third party software that integrates with the jail management system should not change permanent housing assignments. When two or more systems can change an inmate’s permanent housing assignment, it conceptually expands the universe of correctional officers who could make such a change, even with well crafted user privileges. There’s a higher likelihood of conflict, resulting in changes that may wrongly supersede another team member’s changes, with finger-pointing and frustration to follow when an inmate appears in a housing unit that no one expected, or worse, they’re now housed with an inmate he or she should never have been paired with.

Beyond complications born out of our human error, if two or more systems are capable of making a permanent housing assignment change, there’s bound to be questions over which housing assignment should be accepted? How do two separate systems, while integrated, manage data conflicts?

Correctional officers just don’t have enough time to worry about such circumstances. And to make their lives simpler, it’s best to avoid these conflicts altogether by deferring to the jail management system.

Jail management systems should also maintain other responsibilities on a permanent basis to avoid data conflicts. For example, a JMS should always maintain inmate charges, property, and scheduled court appearances. By the same token, third party software should always focus on its unique core strengths. Electronic medical systems should focus on an inmate’s care and outcomes. Video visitation should focus on managing lists of approved visitors. Commissary software should focus on GAAP accounting. And GUARDIAN RFID will always be responsible for logging temporary inmate movements.

What if our jail doesn’t assign inmates to a cell?

Larger jails on occasion do not assign inmates to a cell. They only assign inmates to a pod or housing unit. If this is your practice, stop. This approach is akin to playing Russian Roulette. How can you possibly hope to hold inmates accountable for damage to cells if you can’t backtrace which cell they’re (or have been) assigned to. And from a GUARDIAN RFID vantage point, we need to know which cell they’re assigned to you if you’re logging inmate-specific observations, especially on high-risk offenders.

“Simplicity is the soul of efficiency,” said Austin Freeman. Bottom line: there are many tasks where correctional officers just need a simple, clear directive to avoid human and digital miscommunication. Make sure that your JMS is used to manage permanent housing assignments, and allow your third party software to use this data to create new value for your team.

If your facility is needing policy and procedure documentation  around permanent and temporary housing assignments, contact Warriors@guardianrfid.com. Our Warrior Community has many resources available to help improve your care, custody, and control mission-set.

How can I start to budget? Is a budget necessary? Why should I have an Emergency Fund? How can I increase my income? Can I avoid debt? Should I...
Read More