Every correctional officer knows to record well-being checks, meal passes, medical staff interactions, offers for recreation, etc. That’s the simple stuff. But surely, they shouldn’t have to document giving an inmate something as small as toilet paper, right? Well, let’s dig into that. This blog will explore why officers should track even the most-basic supplies passes no matter how big or small. | GUARDIAN RFID 5 Reasons Why You Should Track Supplies Given

Every correctional officer knows to record well-being checks, meal passes, medical staff interactions, offers for recreation, etc. That’s the simple stuff. But surely, they shouldn’t have to document giving an inmate something as small as toilet paper, right? Well, let’s dig into that. This blog will explore why officers should track even the most-basic supplies passes no matter how big or small. 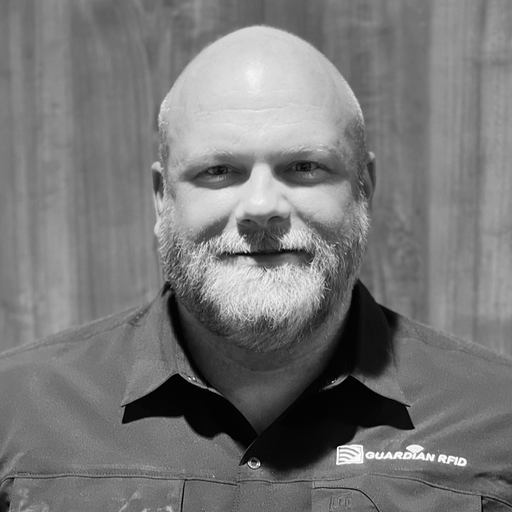 Staff issue supplies to inmates on a regular basis. “Supplies” could be anything from general hygiene supplies to legal mail. No matter how big or small the supplies items are, it's of utmost importance for the given supplies to be tracked. This includes the most fundamental objects, such as toilet paper or soap. Now, you may think that tracking such simple supplies would be a little overdramatic. Think again. If you truly care about your agency’s reputation and will do everything in your power to keep its name out of the news, then documentation needs to be completed no matter what. Let’s dive into the five reasons why.

Although tracking supplies as small as toilet paper or soap may seem like a micromanage-y Big Brother method of keeping tabs on inmates, that couldn’t be further from the truth. Tracking supplies protects officers in the event of a lawsuit or allegation as it can prove that staff didn’t breach an 8th Amendment right. For example, if an inmate claimed that he or she didn’t receive a toothbrush, that could be a potential violation of the inmate’s basic hygiene rights. If your facility is challenged with this claim, you will be responsible to provide proof of whether or not the inmate received the aforementioned toothbrush (some accreditation programs even require documentation of supplies given). Luckily, this shouldn’t be a problem if you are utilizing your digital tracking system as it allows you to document the proof of passing to inmates. Not only that, but the camera allows for photo and video evidence to capture the receipt of the given item. When camera footage can confirm the logs, the logs become even stronger, solid evidence in the favor of the facility. Logging basic hygiene supplies as well as uniform and blanket exchanges show that a facility cares about the well-being of its population.

Not only can tracking inmate supplies prevent a lawsuit, but it also can help reduce the cost of housing an inmate. How? Inmates often pit one shift against another and will tell the oncoming shift that the prior shift didn’t pass hygiene supplies. In good faith, the new shift will then issue the supplies. If this occurs often, that means the cost of toilet paper, soap, and other supplies drastically increase. We all learned this in grade school: supply and demand.

Is there anything considered “not important enough” to record? Good question. Not one single thing. There is never a reason for not recording the issue of an item to an inmate. Why? Ultimately, any item that is given, or not given, to an offender is subject to litigation, and therefore should be recorded. What if there is an incredibly rare situation where an inmate needs something that we don’t normally track? The facility should consider giving the officer the capability to track one-off supply issues.

As a jail administrator, I often had to serve legal documents on inmates. Sometimes the court paperwork did not require an inmate signature to prove service, so I always ensured that I utilized a custom supply item that required an inmate signature to eliminate a chance for an inmate to say they never received their paperwork.
Chris Riedmueller
Product Trainer | GUARDIAN RFID

In the corrections environment, communication is paramount. Luckily, logging supplies increases communication between staff members, especially between compliance officers, grievance officers, and shifts. Compliance officers can easily confirm if staff are meeting their accreditation standards. Grievance officers can quickly check on claims saying supplies weren’t passed. Shifts can determine whether inmates are trying to manipulate staff to get extra supplies. In the case of a dangerous (or flagged) supply, such as razors or clippers, the digital tracking system should be able to notify staff which of these items are still in the unit. Thus, tracking supplies increases staff safety and defensibility exponentially.

Do you consider yourself a “tree hugger?” Well, now you do. A major benefit of digitally logging supplies is replacing paper logs and drastically reducing the amount of paper that is consumed. Aside from saving the trees, most digital tracking systems require an inmate signature to prove the acknowledged receipt of retrieval. This is a key advantage as issuing supplies to a specific inmate can reduce the amount of time required for production of records or discovery requests. The digital tracking system should have a reporting system that not only shows the supplies issued to a specific inmate but also the housing unit as a whole (note that auditors may check on both).

At one point, I gathered documentation for legal requests. Prior to implementing a digital tracking system, we had a single log for attorney visits as well as a single log for legal mail. I once spent almost an entire shift preparing (mostly redacting) a request for an inmate's attorney-client interactions. This particular inmate had filed an appeal of his conviction based on ineffective counsel. The request was limited to just his records so the vast majority of the logs were exempt from production. Being paper logs, the redaction was laborious and involved using 5x as much paper as it would have required once we began to track these interactions digitally.
Chris Riedmueller
Product Trainer | GUARDIAN RFID

5. Decreases the Risk of Weapons

And last but certainly not least, tracking supplies can even save lives, no matter how small the object. Of course, when you think about the issuing of a razor to an inmate, you may think, “Ok, that item makes sense to track because it can be used as a dangerous weapon.” Inmates have been known to fail to return razors, or even to break the blade out of the razors themselves to replace them with a makeshift piece of a chip bag to trick an inattentive officer. Hidden razor blades can be carried on DOC inmates in their legal paperwork or Bibles (which sometimes are the only things they can travel with). But it’s not only razor blades that we need to worry about tracking. Take a toothbrush for example. That can’t hurt anyone right? Unfortunately, it can. Toothbrushes, just like spoon handles or nail clippers, can be made-shift into shanks, increasing the danger for the population and staff alike. When your facility regularly finds makeshift weapons, consider utilizing a tracking mechanism for the supplies that are regularly converted into weapons. Communicate with your team to confirm that items are tracked and notifications are sent at the time of the supply return.

We’ve all heard the quote, “If it wasn’t documented, it didn’t happen.” That’s the exact reason why well-being checks, meal passes, medical staff interactions, and recreation officers are all documented. Why are tracking supplies any different? There’s no excuse to not track and document any supplies given to inmates. Aside from preventing litigation, reducing supply costs, increasing officer communication, saving paper, and decreasing the risk of weapons, hopefully, you’ve learned in this blog the importance of tracking supplies, no matter how big or small.